We are one team with different people working in unison towards our common goal—creating something amazing here at Morrill.

“We have a lot of people here who are flexible, people who are ready and willing to jump in and do whatever they need to do to make amazing things happen.” 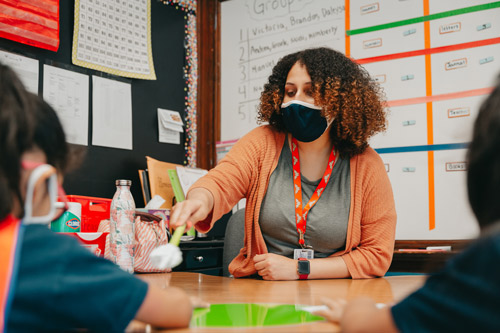 At Morrill, our vision is to create community of students, teachers, and parents who work together for academic excellence. We strive to create an inclusive, collaborative, and transformational educational environment that empowers every student as they grow academically and socially, developing into critical thinkers, lifelong learners, and respected leaders in a global community.

Our Mission is to educate the whole child by creating an environment where everyone works collaboratively on goals that will push each of us further than we ever thought possible before. We have rigorous standards-based lessons that support our students’ quest to be the best version of themselves. 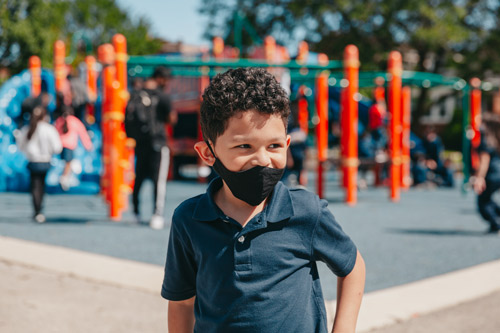 Our core values are the guiding principals of our school. They are not just who we are, they are the fabric of which we are made.

We are determined, committed, and hard working. We follow through.

We are engaged and positive, always mindful of our attitude. We uplift others.

We are friendly, encouraging, and compassionate. We care.

We are efficient, organized, and knowledgeable. We are effective.

We are growth oriented and flexible. We help one another.

I am proud to be the principal of our Morrill Eagles. I have been an educator for 20 years and I am a product of Chicago Public Schools. As a proud Chicagoan with deep roots in this neighborhood, I look forward to working with the community on finding innovative ways to engage our families while seeing our school soar higher than ever before.

Morrill was founded in 1915, and the current building erected in 1925. “In September 1915, Mr. Ira Baker, then principal of Earl School and a pioneer of Marquette Manor, petitioned the Board of Education to build a portable school in the Manor. This site selected was the northwest corner of 61st and Maplewood. As enrollment grew, more portables were added. Finally in 1925, the portables were vacated, and a new building was opened at 60th and Rockwell and christened the Donald L. Morrill School.” (Headley, K. J., Chicago Lawn /Marquette manor, 2001)

The architect of the building was John C. Christiansen, who also designed Nightingale, Hale, and Peck schools.

Our school was named after Donald Littlefield Morrill (1860 to 1923). He was a principal, president of the Board of Education, an attorney, and a judge. He established night schools for the education of immigrants. He authored several books including “Federal and State Government: An Elementary Treatise on the Civil Government of the United States and the State of Illinois”, 1900, and “School Laws of Illinois Annotate; A Manual for School Offices”, 1903.

Room 108 contains a WPA mural by Lucy Ward from 1938. Ward was one of the best known WPA muralists in Illinois. Titled “Child Activities”, the mural frieze is 30 feet long and includes images from well-known nursery rhymes such as “Mary Had a Little Lamb”,  “Maids Milking”,  and “The Three Little Pigs”

It's our people that make morrill.